I’m am very thankful for Dr. Olga s help to my family. She cured diseases ,which could be treated by allopathic medicine. 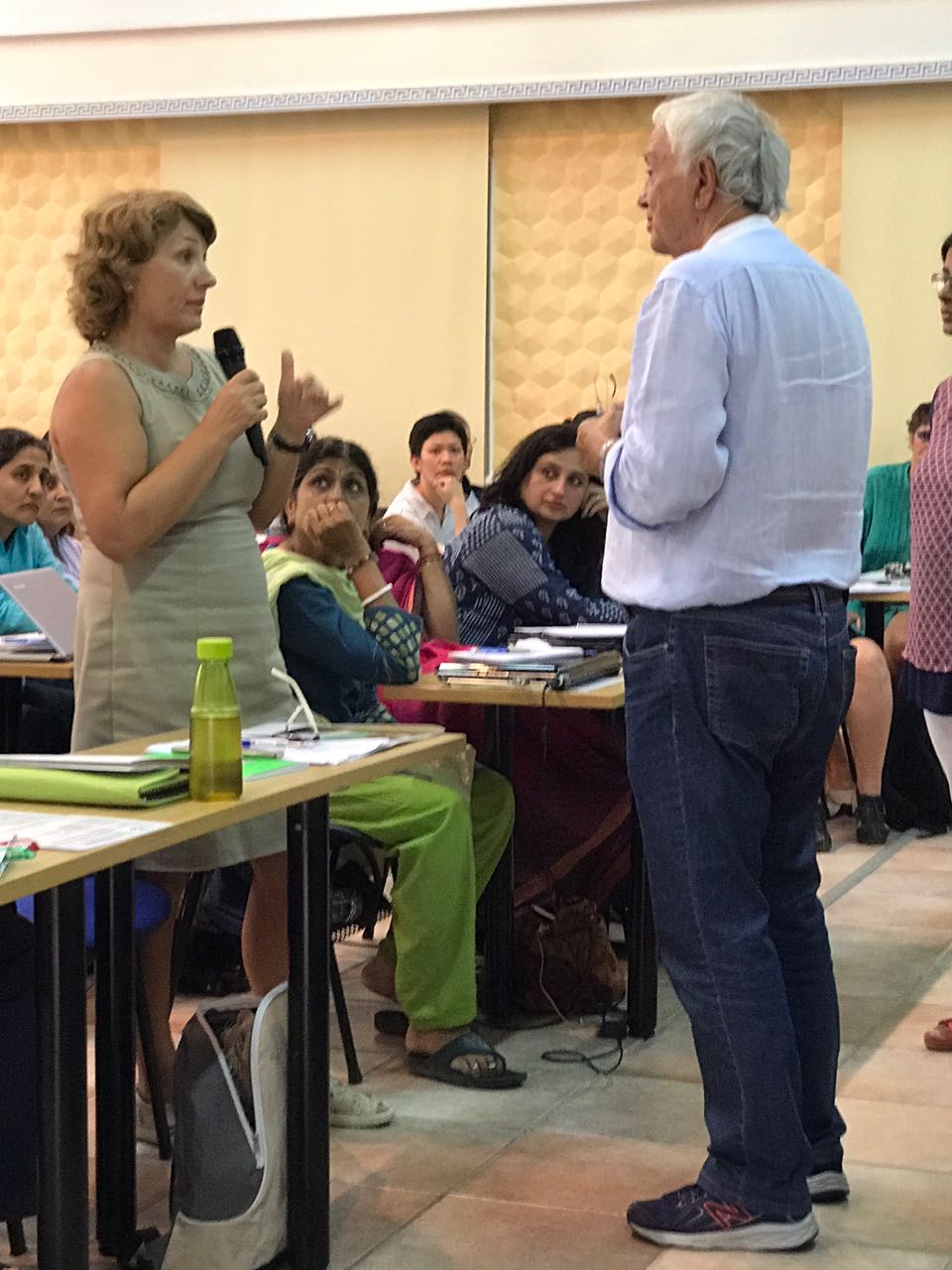 When Dr.Olga said ,that she is going to take 2 years course on homeopathy in Greece

Then later on she finished her studies and was told us how difficult it was and how exhausting the exams were. Additionally, she proudly told us about how she met the infamous homeopath Prof. George Vithoulkas in The International Academy of Classical Homeopathy in Alonissos, Greece. Furthermore describing how knowledgeable and just amazing his lectures and seminars were.

We asked her how homeopathy works. She said that it is better to prove that it works rather than explaining how it works and that if we had any problems, she would be able to treat us I am on vacation now, better I will treat you, if you have any problems. Unfortunately, we had some problems. As a result she took 3 cases –mine, my sister’s, and my son’s.

I was surprise how long and thorough consultation was! After asking many questions, (needed to determine) she converted our symptoms to “rubrics” and inserted them in a special software. Then she got names of close (similar) remedies (this is called similimum), but in order to choose the correct one, as she said, she would still have to work with additional information derived from many books about homeopathic remedies.

I was thinking, Oh my God, such a long way, practicing classical medicine and antibiotics is much easier, it is just one medicine for everyone. What did she do? She just wasted her time by studying homeopathy. She could finish PHD in obs gyne in this time, she spent.

Anyway, she finally came up with names of ‘our similimum remedies’ meaning our most matching remedies for us.

We then ordered them from a homeopathic pharmacy and got them a week later. We started taking the homeopathy after dissolving them in bottle of water. By that time, I already briefly read about homeopathy, and great dilution of raw materials. Actually in those little pellets there aren’t any trace of initial material, how it will work? I asked myself. Then, Dr. Olga diluted the pills in just a bottle of water, which means an even less chance to find any particles of the homeopathic remedy. Actually to me, carrying the title of The Head of Pediatric Endocrinologist in The Republic of Russia with a huge population of 500,000 people, and dealing with hundreds of diabetic children, it was like just water and a name of medicine inside. Then suspicions came to my mind, Placebo? Is this all for the placebo effect?

But I knew Dr. Olga ever since 1981, we studied in the same medical university in one group for 6 years. Then, after ordinatura (Master degree, her in obs gynae, me in pediatric), we worked in city hospital as night registrars, meeting in the mornings at the office of the head of the hospital to report about for night duty. I know how dutiful she is and responsible. Perfectionist in one world, since school time, where she was awarded a golden medal.

So only because I know Dr. Olga, I trusted her manipulation with us. I know she is so busy and never invest her time and energy in something useless.

Ok, then suppose the medicine in water is placebo. Then, probably, it may work on me and my sister. But not with my son 9 years old .Even he likes her and always wait for her rare visits.

We started taking remedies, she left to Dubai.

My sister case. She has an extreme hoarseness of voice, duration of 6 months after massive operation on lung. She was taking medicine for month and half. And actually nothing happened. Doubts came to our minds, but there was no another alternative to improve voice, so she continued. Then, once, my daughter, was calling and when sister took the phone, she taught by her voice, she is talking with me. Our voices were similar before hoarseness happened. Then we realized that’s my sister s voice again normal now.

My son case. He use to have tremendous fear of dark, being alone and fear to be abandoned. He never were able to sleep by himself. We have to lie down next to him, read a book, then only, after a period of time, with light on and one of us next to him, he will sleep.  Sometimes we will sleep before him. And this was from early childhood. One time, we had a guest, I told him, go lie down I will come soon to read. I came to his room after 3 hours, because I was busy, and what did I see? Correct, he was not sleeping, just lying down, waiting for me.  He is very restless,

We give him remedy, for 2 months, every other day. And again everything was so smooth, that we did not feel the difference. Only, when my daughter, when she visit us, noticed great improvement.  I asked her to let him sleep, like usually lying down next to him and read a book till he will sleep. She was busy with telephone conversation. Then she went to brothers bedroom and find out that he is sleeping already, very peacefully, without jerking or grinding his teeth! It was the first time in 9 years! His fears become much less disturbing him and now he is always sleeps by himself but with small night lamp in the room.

My case. I had a pain in my knees, hot flashes at night, and attacks of profuse perspirations. Also after 1 -2 months, my knees become much better, as well others problems.

So when I saw Dr. Olga in Dubai after 5 months, I tell her, how everything went normal after her treatment. She was happy as we were. And I confesses to her, that be I younger, definitely I will study homeopathy.  It is so difficult, so many strange names of remedies, so much memorizing of actions of each one. And guess what? All of them have same symptoms, but with little difference.

And homeopath has to dig out this tinny, the most important symptoms, which patient, sometime, will not even report to him. Then he will analyses all case, repertorize in special software or with help of huge books. Then made differential diagnostic between 10 similar remedies and choose only one, the closest one. And great results will be only, if he choose correct ONE out of 2000 remedies.

Analytical brain, all those need to be successful homeopath! Dr. Olga always comparing the process of homeopathic consultation with the job of detectives. She tells me, I am working like Sherlock Holmes!  Taking details of case, sometimes asking relatives and friends of patient about his character, temperament, behavior in different situations, food desires and so on. And I know ,she enjoy the process, because after finishing school, she was planning to study a jurisprudence ,and dreaming to be a detective. But her father, conservative man ,said, daughter have to study in the same city, and live in parents house, not in student’s dormitory. But in our city faculty of law was not existing those days. And she chose a medical carrier, never regretted about her choice. But childhood dreams realizing now in her new carrier as a successful homeopath!

I’m am very thankful for Dr. Olga s help to my family and prepared a lot of cases of  my diabetic patients, as well relatives and neighbors for her in summer, when she will come for vacation. Sorry Dr. Olga to make you work in vacation. But patients need your help!